An Autism Spectrum Disorder is a persistent, pervasive developmental disorder, meaning that it is present from early childhood and affects several areas of one’s life.

It involves difficulties in the areas of Communication, Social Skills, and Interests. Communication disorders in autism typically affect both a person’s ability to understand language (receptive skills) and their ability to produce language (expressive skills). Social Skills include how an individual interacts with others. This includes both non-verbal communication as well as verbal communication. Examples can include eye contact, facial expression, affectionate behavior, and pragmatics.

Interests are often restricted in range in people with autism, meaning individuals tend to focus on certain specific things. Sometimes they can be almost exclusively interested in a particular topic (e.g., trains, dinosaurs, weather reports, etc.) to the exclusion of other interests that most people have. Sometimes they can be very insistent about the way objects in a room are placed or the phases people around them use. Sometimes they can may show repetitive movements that are very much the same over and over (i.e., stereotypies, automatisms).

There are many disorders that may be confused with autism, and it is important to rule these out or to address them if they co-exist with autism. Some people with autism have a lot of symptoms of ADHD, which can be treated medically. Obsessive compulsive tendencies may also be treated medically. Seizure disorders are present in 30-60% of children with autism. Some children with other developmental delays that affect intellectual abilities and language can resemble individuals with an autism spectrum disorder. It is important to distinguish among these various conditions in order to identify the most appropriate treatment plan.

A Parent’s Guide to Asperger Syndrome and High-Functioning Autism: How to Meet the Challenges and Help Your Child Thrive

Archives of General Psychology: Antidepressant Use During Pregnancy and Childhood Autism Spectrum Disorders

www.socialthinking.com has a host of therapy resources for developing social skills.

Previously In the News: 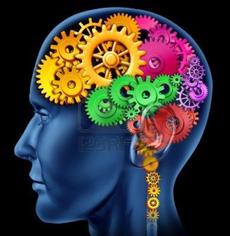 An article in Psychnology Today looks at the popularity of "brain workout" games, along with other factors to improve and maintain cognitive function -- such as exercise and social engagement.